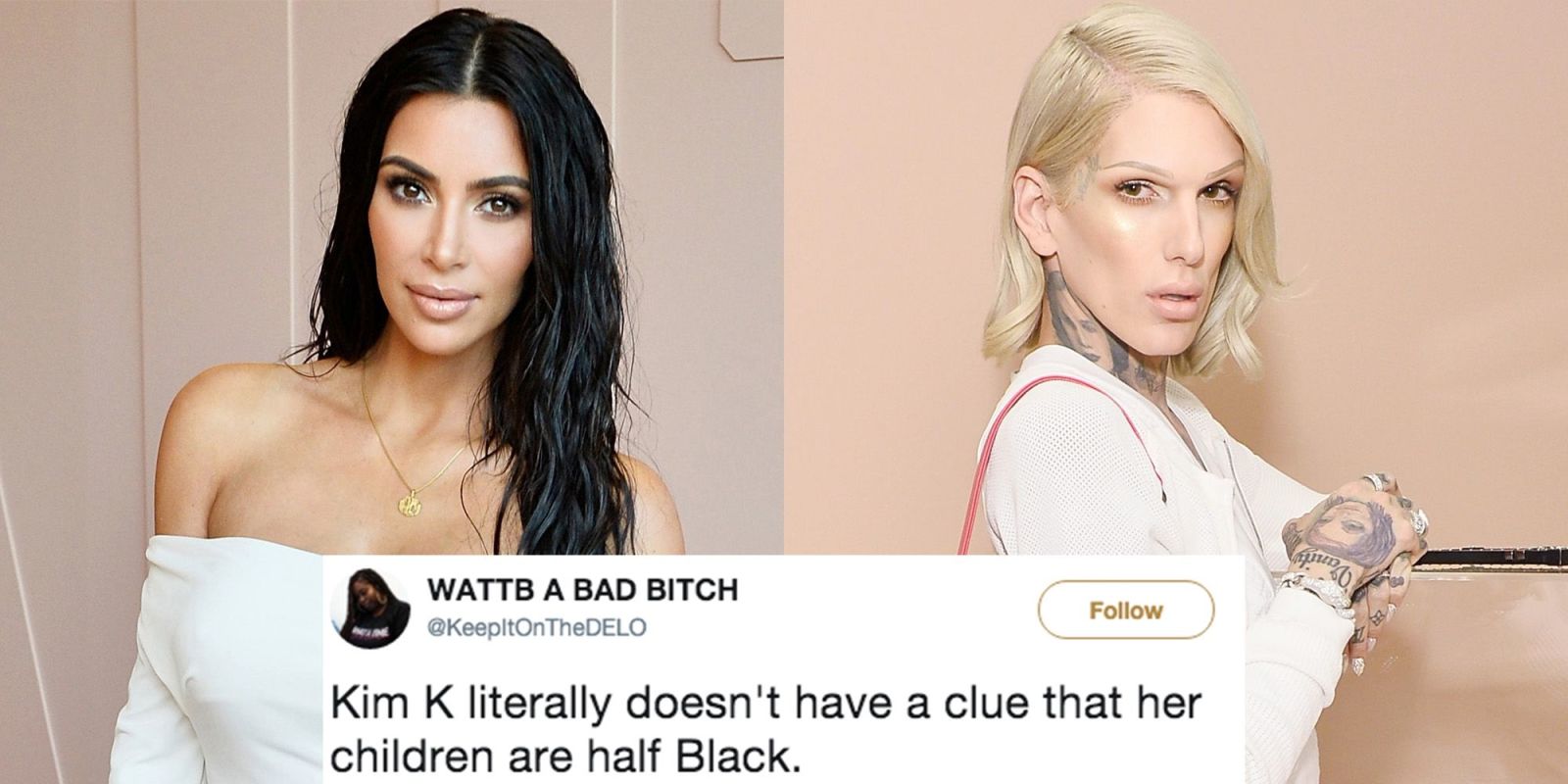 
Last night, Kim Kardashian took to Snapchat to address a few things with Jeffree Star. She first defended the makeup artist after he came under fire for mocking her swatching skills, but she also brought up his history of racist comments from 12 years ago (which he apologized for in June this year).

She addressed her fans on Snapchat: “I see you being so petty, bringing up things in his past where he, you know, was negative, but he’s also apologized for those things.

“And I get it’s a serious deal if you say racial things, but I do believe in people changing, and people that apologize, I will give them the benefit of the doubt. I know better than anyone that I hate when people bring up my past or mistakes I’ve made in the past. So let him live.”

In a follow-up video Kim tried to clarify her comments: “I want to make one last thing clear, I do not defend people that are racist and I am very against it, but if someone claims that they have changed, I would love to give them the benefit of the doubt, and I pray to God that they do change for the sake of my children and my friends.”

Outraged fans reacted to Kim’s videos on Twitter. Some called her out for defending Star, and others called her a hypocrite for supporting someone who’s made racist comments, while her husband (Kanye West) is black and her two children are biracial.

Read some of the scathing responses below.

In the wake of Charlottesville, Kim K really decides to stand up for JS and his racist past…. and her contour kits will still sell out. pic.twitter.com/90boB84BL7